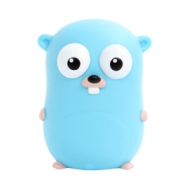 The Go language is gaining momentum among software engineers and PaaS/IaaS vendors. I think they all see potential in a simple, reliable, efficient and native-compiling language with a solid baseline API.

Thanks to its simplicity, performance, intuitive design and Google’s commitment to its future, Go could spark a change in the industry like we haven’t seen since the rise of Ruby in 2004. Ruby gained popularity among web developers and system administrators after David Hansson created Rails and Luke Kanies Puppet. Python, on the other hand, is still more attractive to teachers and academics and seems to be the preferred teaching language in many top universities, along with C/C++ and Java.

Go is more of an evolutionary than revolutionary language, and a great alternative to languages like Ruby, Python and C/C++, or platforms like Node.js. Experts predict that Go will become the dominant language for systems work in IaaS, Orchestration, and PaaS in the next couple of years. It has the potential to make a significant impact on server-side software, however, it still needs more adoption outside Google.

Federico Cargnelutti
I am an experienced software engineer and consultant living in London. I’m passionate about distributed scalable web systems and delivering great user experiences. I have created some amazing products you have probably used and hopefully enjoyed.